Things to Accomplish in 2012 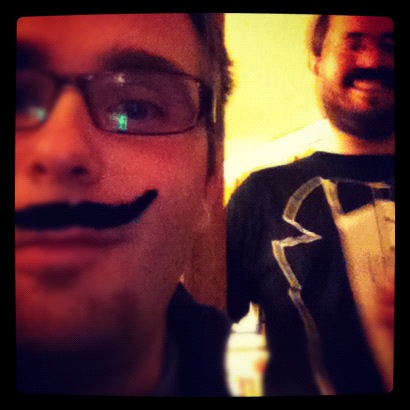 Looking back on 2011, some great things happened but I have to say that I’m a little disappointed with myself for not accomplishing as much as I had intended. The goal of the list was to challenge myself to get more done, get better, and attempt to achieve some things that I’ve wanted to for a while, and I think I did that. While I did – get to my goal number of Phish shows, complete watching the first Lord of the Rings film, beat my friend Josh at Words with Friends, write a ton more, get a bit better, devote more time to others, and run a marathon – there was a lot on my list that didn’t get done for one reason or another. And looking back, the things that I skipped over were the more challenging of the bunch (w/ the exception of 26.2).

So this year I’m going back to last year’s list with an eye on doing my best to get that completed while peppering in some new things that I’d like to accomplish in 2012.

1. Getting better as a person and devoting more time to others should always and will always be something to work on.

3. Gatsby Tattoo – This was a timing issue. I waited too long to get the final sentence of my favorite novel tattooed on my person… Thy will be done.

4. Learn to Play the Lap Steel Guitar – To be honest, this was the biggest challenge on last year’s list and I think that this will be a repeat thorn in my side. I’ve heard and read more about the level of difficulty this instrument takes to play and….I’m pretty scared.

6. Restart and finish Infinite Jest – This was another bear. While I’ve learned so much from him or attempted to inject DFW’s brilliance into my veins, I couldn’t muster the strength to conquer his opus in 2011. I cracked it open a few times but with his The Pale King, the new The Art of Fielding, and a slew of other start-stops, I didn’t stand a chance.

Reading more is always one of my first wished for accomplishments and this year it’s no different. While completing Infinite Jest is on the list, I’m going to up the ante to reading a book a month to that in the hopes that I can knock out a bunch more. There’s a good amount of books that I read in my formative years that I’m going to revisit and I guess I’ll fill out the rest as they come to me:

and more to be updated later…

7. See Phish as many or more times than last year – This is a pretty important item on the list. While it might be expensive and some people may not understand the appeal of seeing the same band over and over again, it has everything to do with traveling and spending time with friends that I otherwise may not. Driving, talking, walking around fields, and hanging out with a good buddy of mine is a pure highlight of my year.

8. Fitness Goal – Fitness goals are also pretty important to the list. I’m the kind of person that won’t make myself do something if I don’t have to. Especially when it comes to fitness. While I don’t plan on running a marathon this year, I may run a few half marathons, run a minimum of 20 miles (or bike a minimum of a 100 miles the weeks I don’t run 20) a week. I’m not sure yet. I’ll set this one up after my run streak ends.

One response to Things to Accomplish in 2012